Buy an island at Merseyside's final property auction of 2012 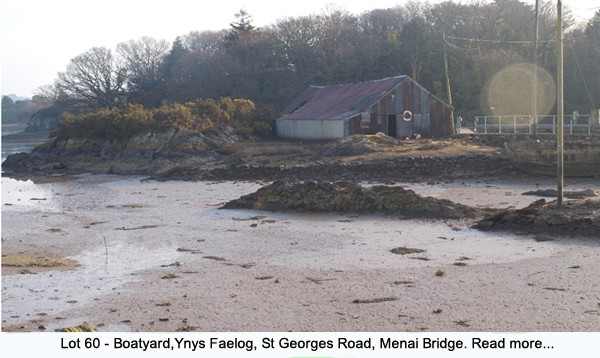 An island is amongst the eighty three lots to be offered by Sutton Kersh Auctions at Merseyside's final property auction of 2012. The event will take place on Thursday 6th December at the Liverpool City Centre Marriott Hotel in Queens Square.

Bidders have the unique opportunity to acquire a freehold island located in the Menai Strait. Full planning has been obtained to rebuild the existing boatyard in Gwynedd which has outstanding views of the coastline. There is pedestrian access from the mainland to the development land. The island will be offered as lot 60 and it is guided at £140,000+.

A residential investment property on Edge Lane which is currently producing £28,512 per annum will also go under the hammer. The three-storey semi-detached property with basement has been converted to provide five self-contained one-bedroom flats. Each flat is let individually by way of an Assured Shorthold Tenancy and benefits from double glazing and central heating. The property is guided at £165,000+ and will be offered as lot 13.

Cathy Holt, auction manageress commented “The auction market has really picked up this year and we have seen a significant improvement in the quality of lots being offered, bidding levels and sales figures. Competitive bidding has returned to the auction room and which is a positive sign for the market. It has been an excellent year for Sutton Kersh Auctions topped off by our 10th anniversary sale in October. I am delighted with the efforts of my team and would like to thank everyone that has supported us this year – we look forward to working with you again in 2013.”

Sutton Kersh's first auction of 2013 will take place on the 14th February. Entries are now being invited and the catalogue will close on the 18th January. Benefit from an extended marketing period by instructing them early. Call 0151 207 6315 or e-mail auctions@suttonkersh.co.uk now to book a free no obligation market appraisal.