The department will now share the firm's prominent Exchange Street East branch in addition to its Cotton Street base, creating another multi-discipline office with expertise in residential and commercial property sales and lettings.

The move will not create any new employment opportunities for the time being, however it is hoped that by increasing its presence in the business district, the department will be able to build on its recent success.

Over the last couple of years, in what has been and continues to be, a highly suppressed commercial property market, Sutton Kersh Commercial has completed more sales and lettings deals in Merseyside than any other agent, earning the title of EGi Deals Winner Merseyside 2010 and 2011.

Chartered Surveyor and company director, Jonathan Owen heads up the department. Jonathan comments, “The last few years have thrown up some of the toughest market conditions I have ever witnessed. Whilst there are some incredible deals available, the financial restrictions placed on developers and investors has made the task of finding buyers and tenants an incredibly difficult and arduous task.

“Whilst our Cotton Street offices are very accessible and amenable, we feel that  having a high street presence in the heart of the business district will be of great benefit to the department in helping to further raise its profile. The department has gone from strength to strength over recent years and the expansion is testament to this success” 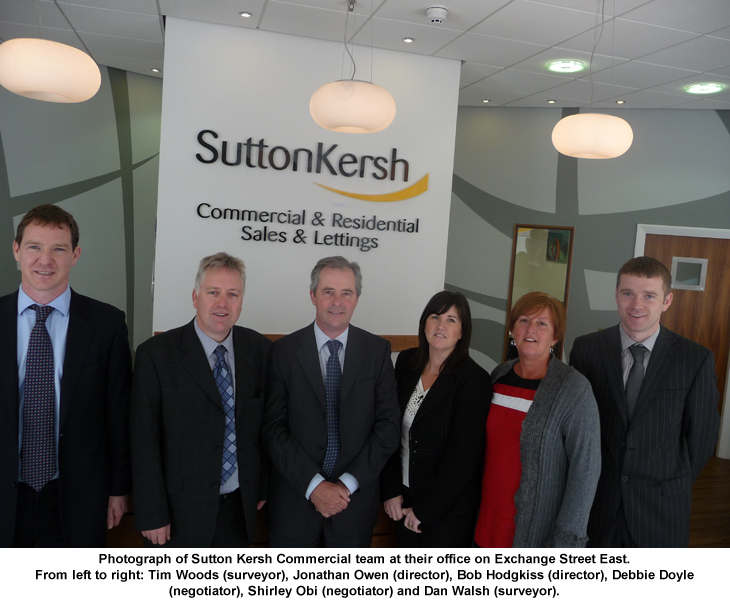