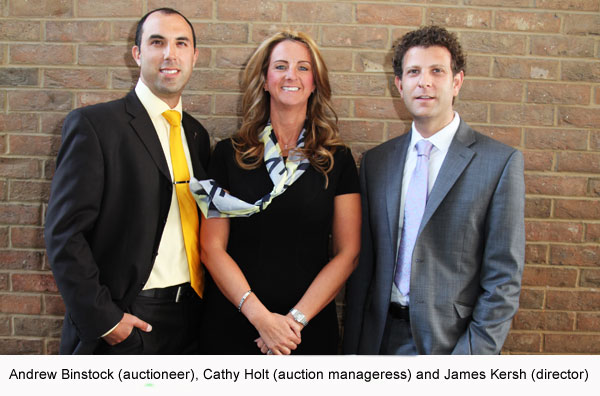 High interest prior to the auction resulted in fifteen properties being sold prior and a further thirty five properties then sold in the auction room or shortly after. More sales have since completed post auction.

The auction took place on the 6th December at the Liverpool City Centre Marriott Hotel and was the culminating event of the Merseyside property auction calendar during which twenty five auctions have been held and over eight hundred lots sold.

Many of the lots offered at the auction sold for significantly over their guide prices with lot thirteen, a residential investment property comprising five self-contained flats located on Edge Lane selling for £36,000 over its guide price of £165,000+. The island located on the Menai Strait did not meet reserve and is still available.

James Kersh, director of the Cotton Street based business commented “This year we have experienced a significant increase in investor activity. Bidding has been more competitive in the auction room which has led to lots selling for significantly more than their guide prices.

Kersh added “Residential lots have accounted for the majority of sales however the size and quality of our commercial portfolio is growing. Considering the difficult market conditions in which we are operating I am delighted with my teams achievements and look forward to the year ahead.”

Sutton Kersh's next auction is on the 14th February and the catalogue will close on the 18th January.