Sutton Kersh team up with the Mankey Monkeys to raise over £7,000 for Alder Hey

Sutton Kersh helped the cheeky Mankey Monkey tribe send Liverpool bananas on Thursday 28th April at a charity auction event, which raised over £7,000 for the Alder Hey Imagine Appeal. Money is still pouring in with collectors snapping up Monkeys that weren't in the live auction on the night, and the Monkey team are close to hitting their target of raising £10,000 for the local charity.

Over 150 people turned out to bid on 50 of the primates at Sefton Park’s Palm House. T4’s Matt Littler and Darren Jeffries entertained guests as they enjoyed delicious canapés and champagne supplied by event sponsors Carringtons Caterers and Costco.

Auctioneer Andrew Binstock from Sutton Kersh conducted the auction proceedings. Bidding hit jungle-fever pitch as everyone was determined to take home their favourite, and all 50 Mankey Monkeys were sold to very happy monkey owners. After the final hammer went down, the crowd went ape, buying most of the remaining 51 monkeys that weren't in the auction. The scene outside the Palm House of monkeys being loaded into cars and taxis was an hilarious sight to behold.

Local band Lightcycle who have supported the likes of Peter Hook and The Wombats in the past, provided a fitting end to the night's proceedings by playing a variety of monkey-themed hits from the likes of The Monkees and The Jungle Book.

The citywide public art project that started up in October 2009 is an entirely voluntary and non-profit making endeavour. Over the last few months, 101 Mankey Monkeys have been on display in locations across Liverpool and Wirral for the public to enjoy. Hallangen Art, Your Business Ezine and It's About Websites dreamt up the project as a charity public art event that was accessible to everyone. Artist team David and Eirin Hallangen-Lake designed all 101 cheeky statues, and built them with a small team of talented artists in full public view. Over 100 local businesses have supported the event, many of which attended the auction keen to retain their fostered monkey.

Chief Monkey WAG Eirin comments: “The whole night summed up Mankey Monkey perfectly; loads of fun, open to everyone, businesses and people from all walks of life coming together to support a great cause, and of course Monkeys all over the place! We'd like to thank all of the people who have supported us and helped make Mankey Monkey such a huge success. Liverpool should be very proud of itself.”
A further £600 was raised through a raffle that boasted prizes such as a two night stay in the luxurious Merchants Quarter serviced apartments courtesy of L3 Living, tickets to the Laughterhouse Comedy Club and a signed Everton shirt. The project is now close to meeting its target donation of £10,000.

Christine Done from Alder Hey comments: “We are delighted that the Mankey Monkey auction was such a huge success, raising much needed funds for Alder Hey Imagine Appeal. It’s been fantastic to be the beneficiary of this wonderful project and it was lovely to see so many people managing to secure their favourite monkey on the evening. We are extremely grateful for the Mankey Monkey team for all the hard work and dedication in support of Alder Hey Imagine Appeal.” 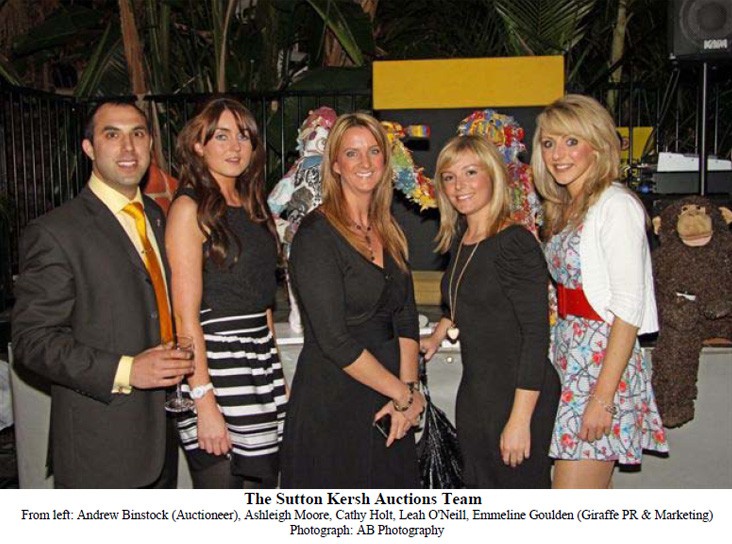